What to Do When You Don’t Speak Design

I’ve been there – finding yourself in a new situation/job/environment surrounded by people speaking in a string of unstoppable design or branding jargon… you want to stop and ask what they mean, but at the same time, you don’t want to come across unknowledgeable or inexperienced. As I said before, I’ve been there. Now that I’ve made it through as ‘one of them’ I thought it would only be fair to the wider community to pay it forward by creating a (user-friendly) glossary to help you decipher and truly understand the various terminology used by most branding and design agencies, such as ourselves.

Here are some of the most commonly used industry terms you might have come across already, which I’ve categorised to make this glossary as practical and intuitive as possible. Enjoy!

As a non-designer myself, I appreciate that getting your head around the various apps and file formats can be relatively tricky at first (especially when it comes to understanding the pros and cons of each), so hopefully the following definitions will give you a snapshot of everything you need to know.

Photoshop vs Illustrator vs InDesign

These are the three main computer programs that designers use day in and day out.

Photoshop – Adobe Photoshop is an image editor which is used mostly to create, enhance and edit photos, web graphics or mock-ups.

Illustrator – Adobe Illustrator is a vector graphics editor, so it is typically used to create graphics (especially for print) such as logos and icons.

InDesign – Adobe InDesign is a desktop publisher; what this is means is that it should predominantly be used when working with large amounts of text, or documents with multiple pages. It is used to design brochures, flyers, magazines, business cards or digital PDF documents

It’s worth mentioning that when it comes to the creative industry, InDesign is the industry standard for all artwork files of this nature – so be wary if an agency/designer offers to supply your brochure artwork in anything other than InDesign… I’m not saying it’s not possible – but why make your life more difficult?

Vector – A vector graphic is an image built with lines and curves (known as paths) that can be enlarged or shrunk-down to any size (such as logos for example); so you can enlarge a vector logo as much as you’d like, it will never lose any quality and will remain high res. The same applies if you decide to shrink that same logo – everything will be kept in-proportion.

Raster – A raster graphic is an image built out of a set number of pixels (rather than paths) that will change in quality when resized (such as photos). So if you enlarge a picture much more than it was intended it affects the clarity and you end up with a fuzzy/grainy image.

.eps file – An EPS file (Encapsulated PostScript) isn’t associated with a particular app (in contrast to AI files) and is an open format, which can be understood by multiple applications. The most basic difference between the two is that the AI format supports transparency, while EPS does not.

.pdf file – A PDF file (Portable Document Format) is a standardised format which is normally used for distributing documents. They are useful as they preserve the original look and format of the document, regardless of whether the recipient has the same operating system, fonts or software as the sender. PDFs can contain text, hyperlinks, imagery, video, embedded fonts and more.

.jpeg file – JPEG is a standard image format for containing compressed image data. The reason why JPEG files are so popular is all down to the file’s compression feature: despite the huge reduction in file size, JPEG images maintain reasonable image quality, and therefore used widely online (web/mobile/etc.).

.png file – PNG format is a compression file format and a common choice for use on the Web. PNG is a good choice for storing line drawings, text, and icon graphics at a small file size. It doesn’t do too well when it comes to more complex imagery or photography, for that your best bet is JPEG. A PNG differs from JPEG files in that it allows the image colours to fade from opaque to transparent.

Artwork file – When we talk about ‘final artwork files’ we are referring to the final deliverable file which will be prepared for inclusion in a publication or prepared for print – this can be an illustration, brochure, graphics to be printed on marketing collateral etc..

Pantone – The Pantone Colour Matching System is a homogeneous colour reproduction system (recognised globally). By standardising the colours, different manufacturers in different locations and across industries can all refer to the Pantone system to make sure colours match.

For example, Pantone 165 Orange can be identified as Pantone 165C (C= Coated Paper), Pantone 165U (U= Uncoated Paper) or Pantone 165M (M=Matte Paper). Straight away you will probably recognise the importance of ensuring consistency across all branded assets, whether it be digital or printed (more on that below).

CMYK – To put it simply, CMYK stands for cyan, magenta, yellow and black. These are the four standard colours used for print– anything from brochures to business cards and pop-up banners etc.

RBG – In contrast to CMYK, RGB (otherwise known as red, green and blue) is an additive colour model in which red, green and blue light are added together in various ways to reproduce a broad array of colours. RGB colours are used across digital and screen applications only (online, TV, etc.)

What this means for you and your brand – if you are in the middle of a rebrand / brand refresh and if you have a new colour palette pending as part of your new visual identity, then you can expect to be supplied with both the CMYK and RGB values of your new brand colours once complete – this is of course so that you may use these colours across a spectrum of digital channels and printed collateral. Depending on the colour, sometimes these tones can look quite different on-screen and some clients are first taken aback by the contrast… you can rest assured however, now that you understand the difference and why colour palettes are delivered in this way.

The many different types of ‘graphics’

I’m conscious that I am guilty of this: alternating between graphics/illustrations/icons/etc. (often in the same sentence) and sometimes leaving the person sat opposite me a little bit confused about my choice of words to describe what they ultimately think ‘is the same thing’. Rather than trying to explain the difference in detail, I think in this situation the best approach is to show you – so check out the examples below.

Graphics or computer graphics, are either static images (i.e. social media header banners) or videos (i.e. GIFs) created using a computer programme – such as the ones I’ve covered earlier in the guide.

An illustration is an artist/designer’s own interpretation (or a visual explanation) of a concept, idea or text. When we refer to illustrations, we mean that this is something the designer will need to draw/sketch/design to represent the content in question.

Icons are symbols that can represent anything from a service or product, to a concept, action, location, and much more! Note, these are different from logos. A logo is a marque used to identity a particular company.

An infographic is a graphic visual representation of information or data. Infographics are much more user-friendly in comparison to traditional charts/tables and represent a more engaging way to communicate information clearly and concisely. 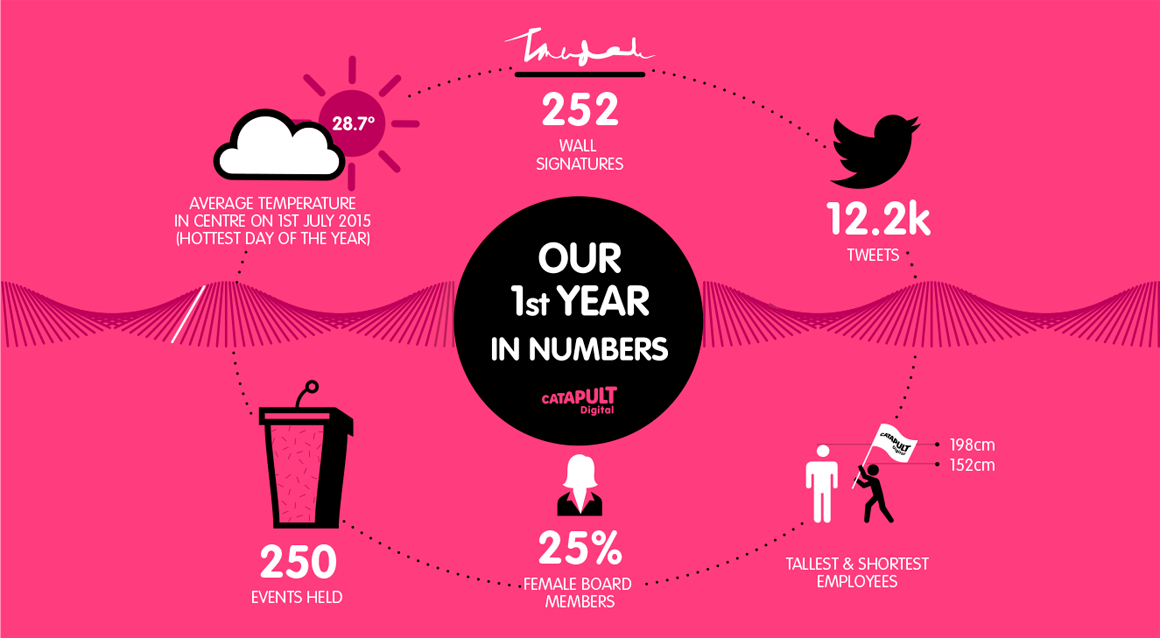 The hint is in the name: when we say ‘photography, we are referring exclusively to images that are photos – captured by a camera, as opposed to being designed on-screen.

Want to know more about what was discussed in this guide?

The Off Brand Podcast: How the Beano Went From a Print Icon to a Digital Guru (With Hayley Granston & Martin Ashplant, Beano Studios)

The Role of Brand in Digital Transformation