The place for every fan experience

Before: An identity that didn’t reflect who they were

Fan Expo HQ produces some of the largest fan-powered events in the world, attracting the most sought after celebrities and influencers across film, television, anime, cosplay and gaming. However, existing visual communications struggled to demonstrate this quality to the level that is expected from an audience who regularly interacts with brands such as Marvel, Netflix, Twitch and Disney. 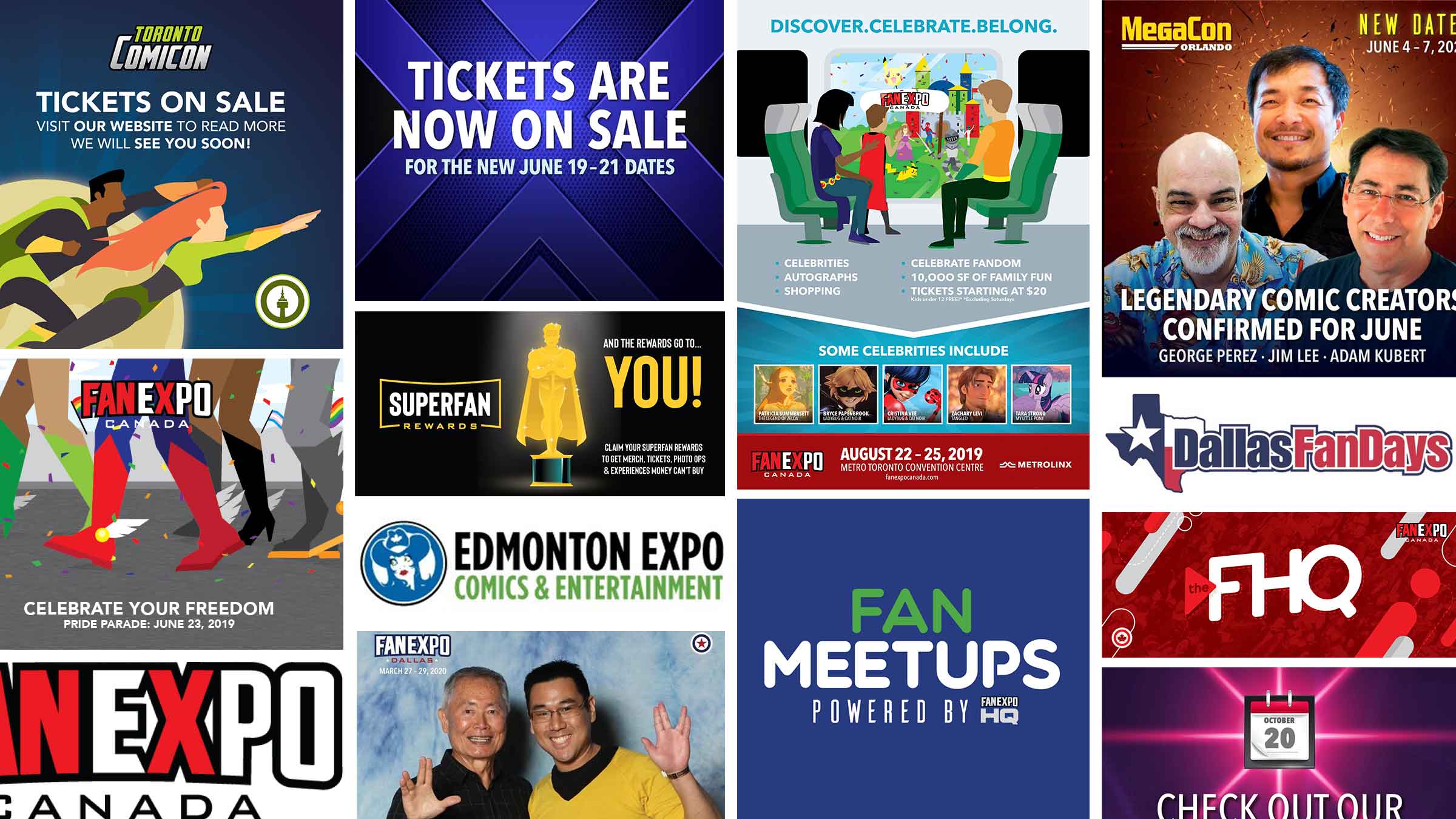 The celebrities and content on show at the events cover such a wide range of interests from superhero merchandise to manga comic books and celebrity photo opportunities to storyboard artists for films. Therefore, the brand identity required a simple system that could house all of this diverse content for a wide-ranging audience.

Looking through the raft of logos and design language that are prominent in film, anime, gaming and cartoon, we drew inspiration from the arched typographic logos used past and present.

The arched typography was already being used for some logos and other areas of the brand identity, but required some logic and rationale to use it more consistently and effectively.

Taking the ownable and recognisable arch from the existing logo and instead using it as a flexible device, it can now house image or video content that can be applied across social media, printed comms and at-event posters or wayfinding. 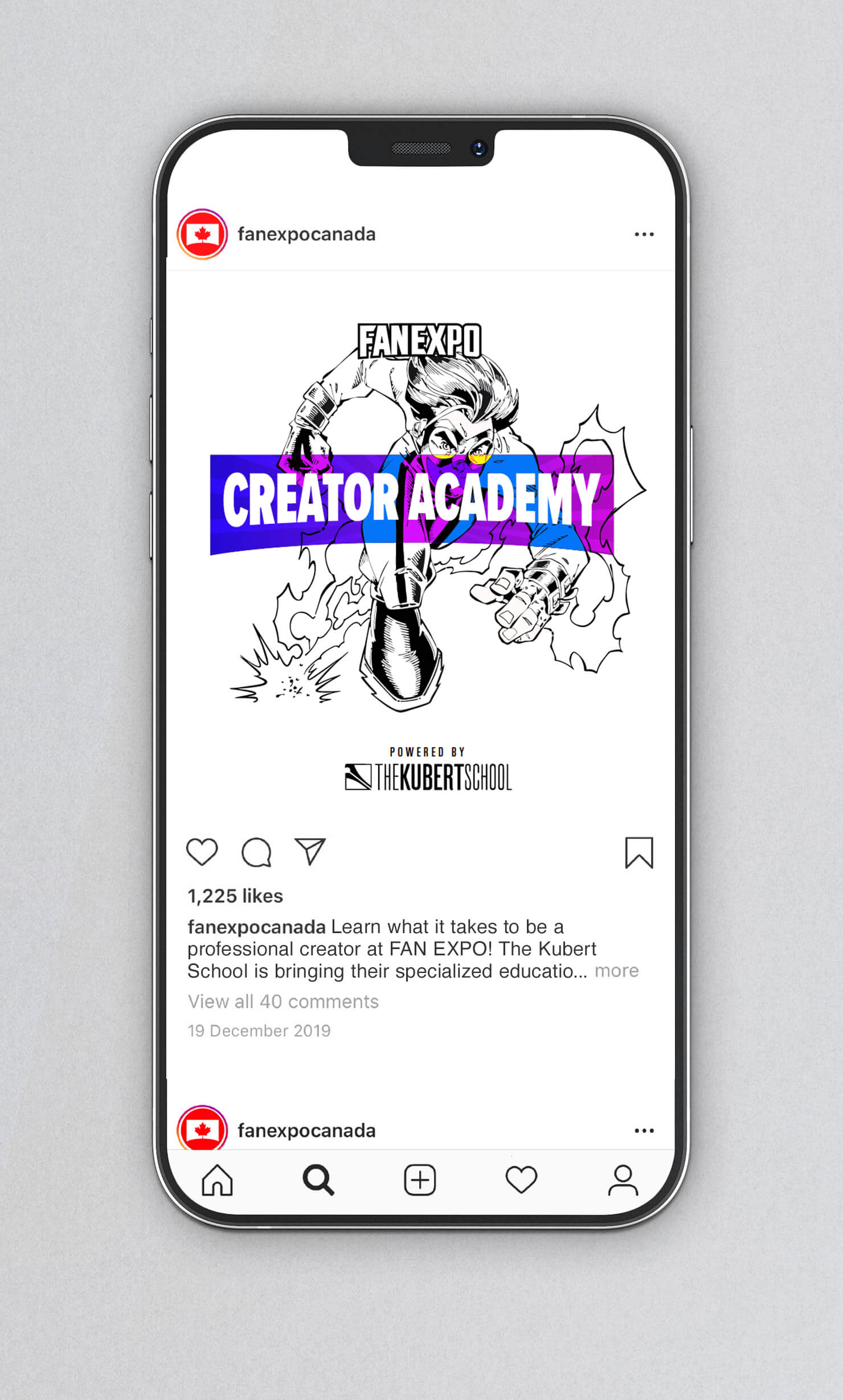 Being able to express your individuality and meeting like-minded people with the same interests as you is what makes Fan Expo events so special. Everything they do – they do it for the fans. This became a strapline and mantra for Fan Expo HQ. The ‘For the Fans’ graphic is now a stamp of trust for the brand. 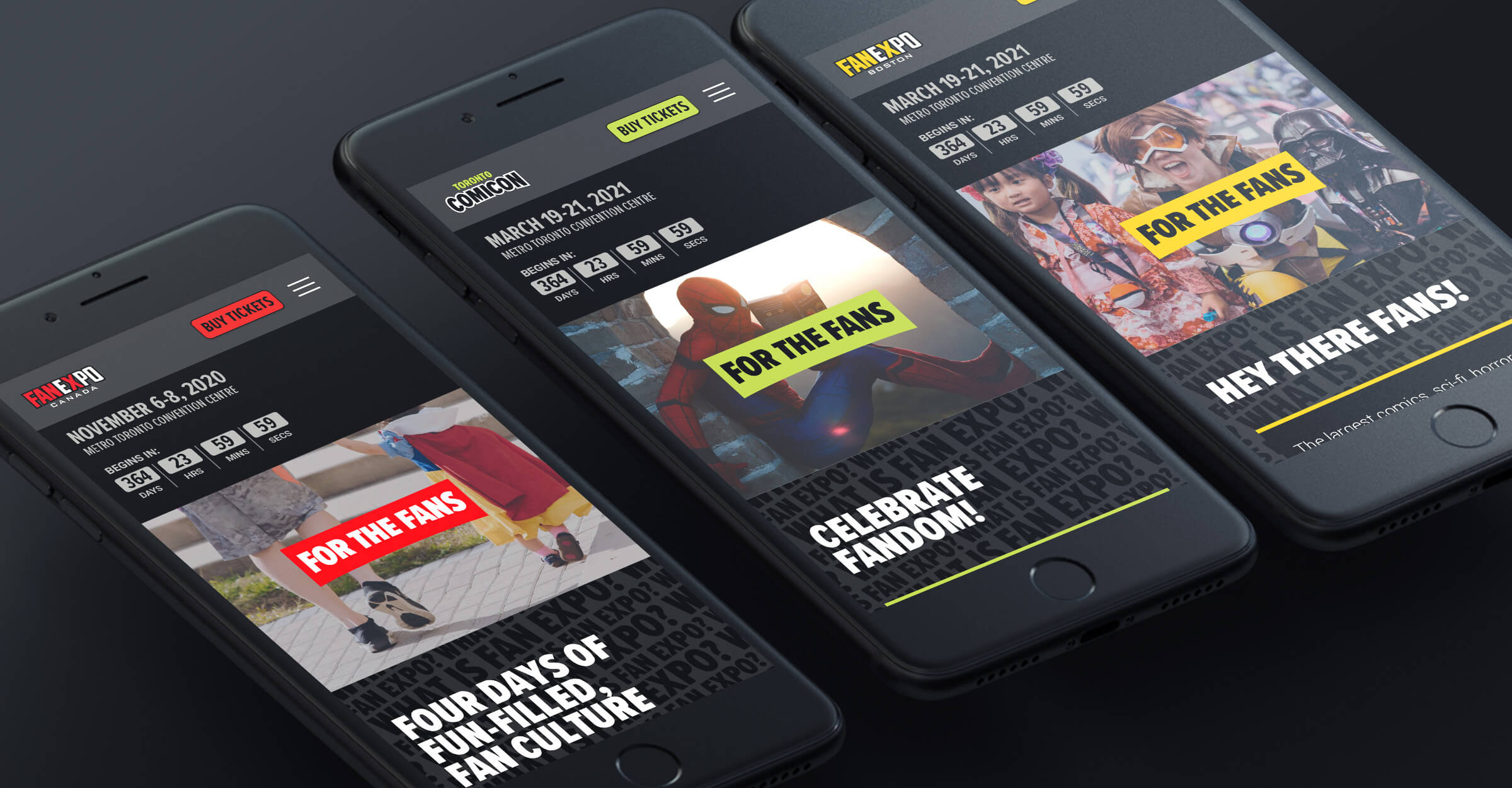 The voice of the fans

Every Fan Expo event is buzzing with conversation about anything from Catwoman to cat memes. Step into any conversation and you’ll likely hear catchphrases from popular cartoon characters or lyrics to movie soundtracks. This eclectic mix of voices is captured in an energetic typographic style used for backdrops on stage and engaging social posts.

The arched typographic style became the consistent and unifying element of all the brand logos that sit within Fan Expo HQ. Programmes which occur at multiple events use a consolidating keyline arch around the wordmark to differentiate between events and initiatives.

We reinvented the online experience for all Fan Expo events, reorganised content and navigation to make exploring the site more intuitive and serving content that would be most relevant at different stages of the event lifecycle. Pages and modules were built to optimise the pre-sale and post-event stages, giving much-desired flexibility to marketers. Additional features such as a countdown to the live event were added to build suspense for the big day and a streamlined purchasing experience made buying tickets easier than ever before. 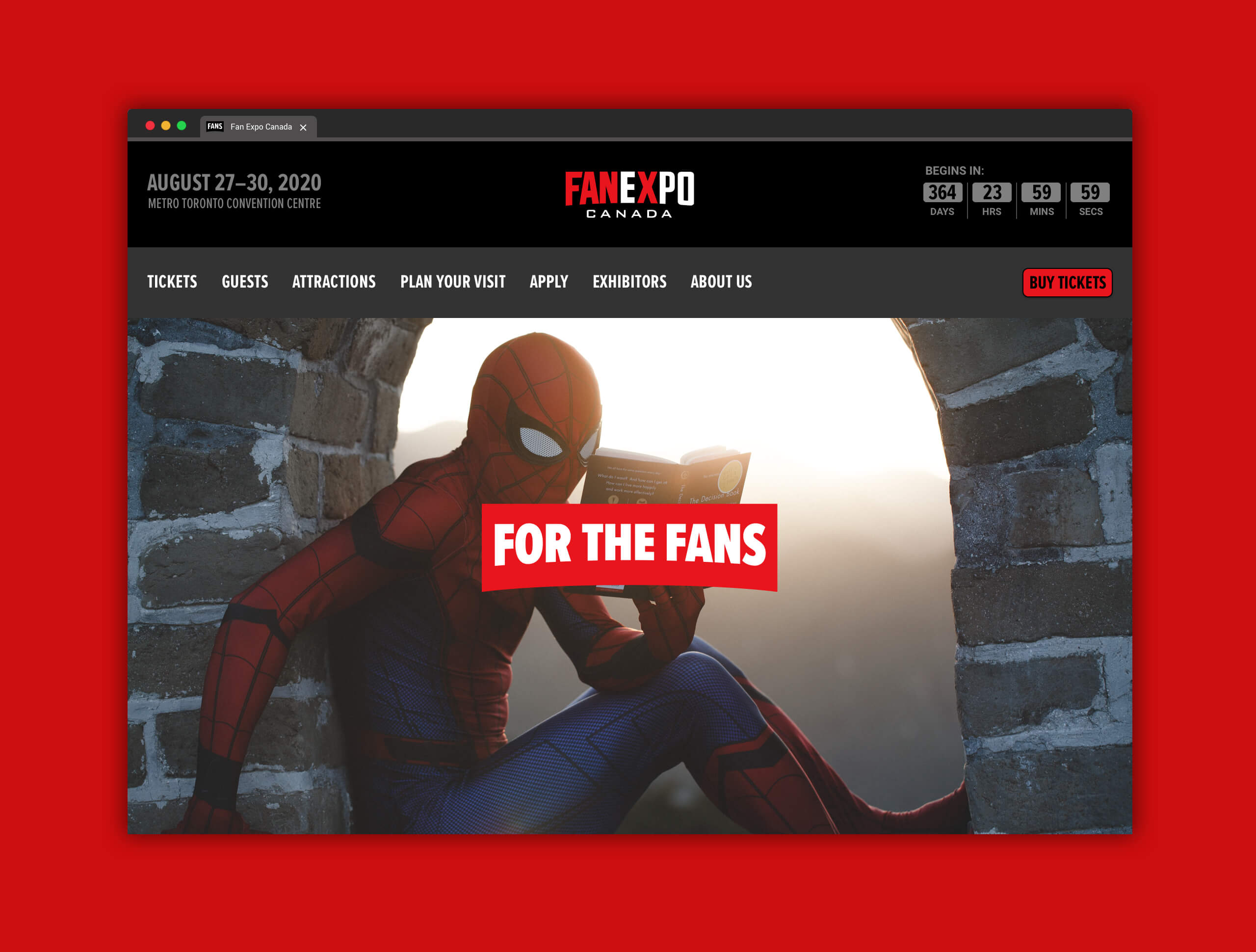 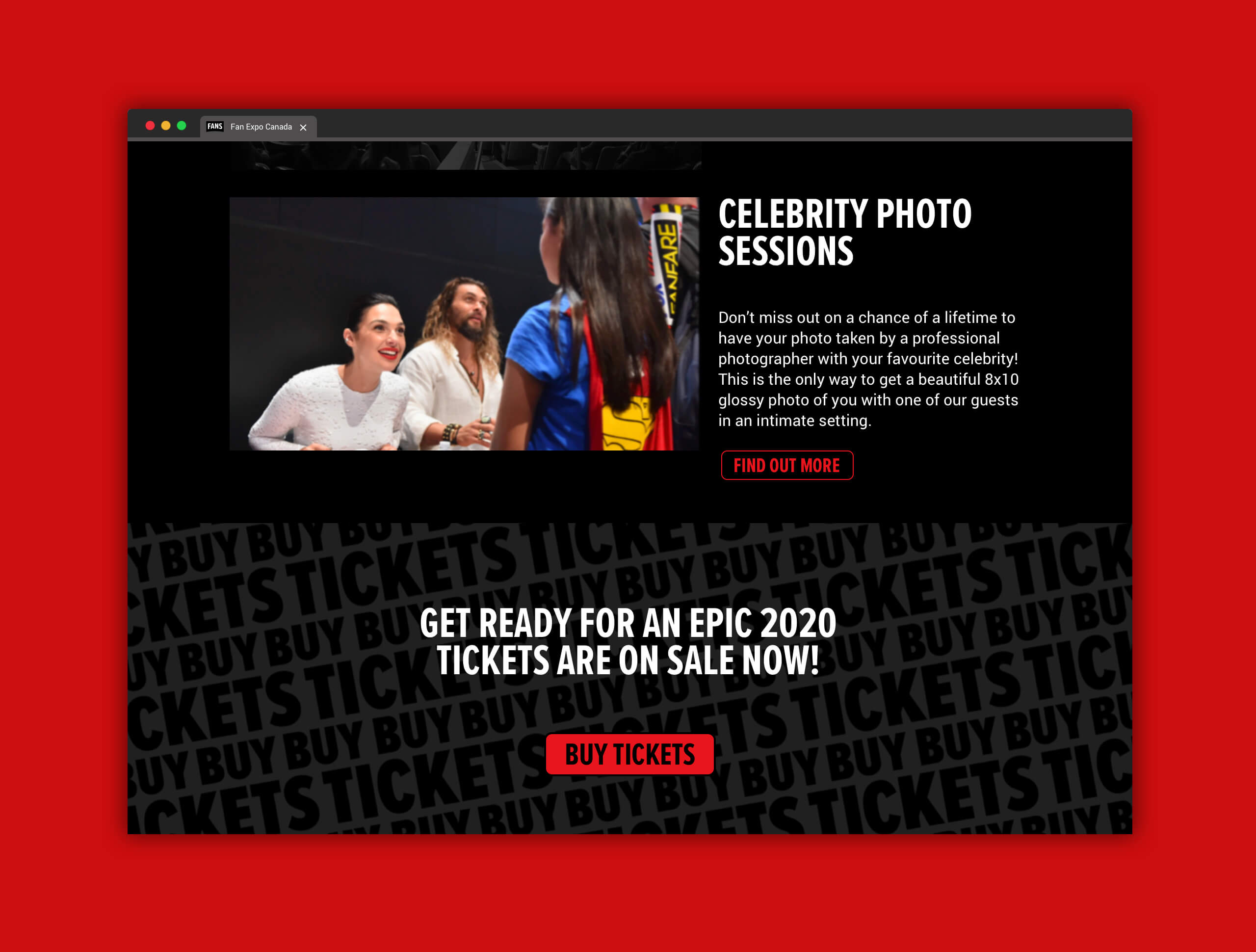 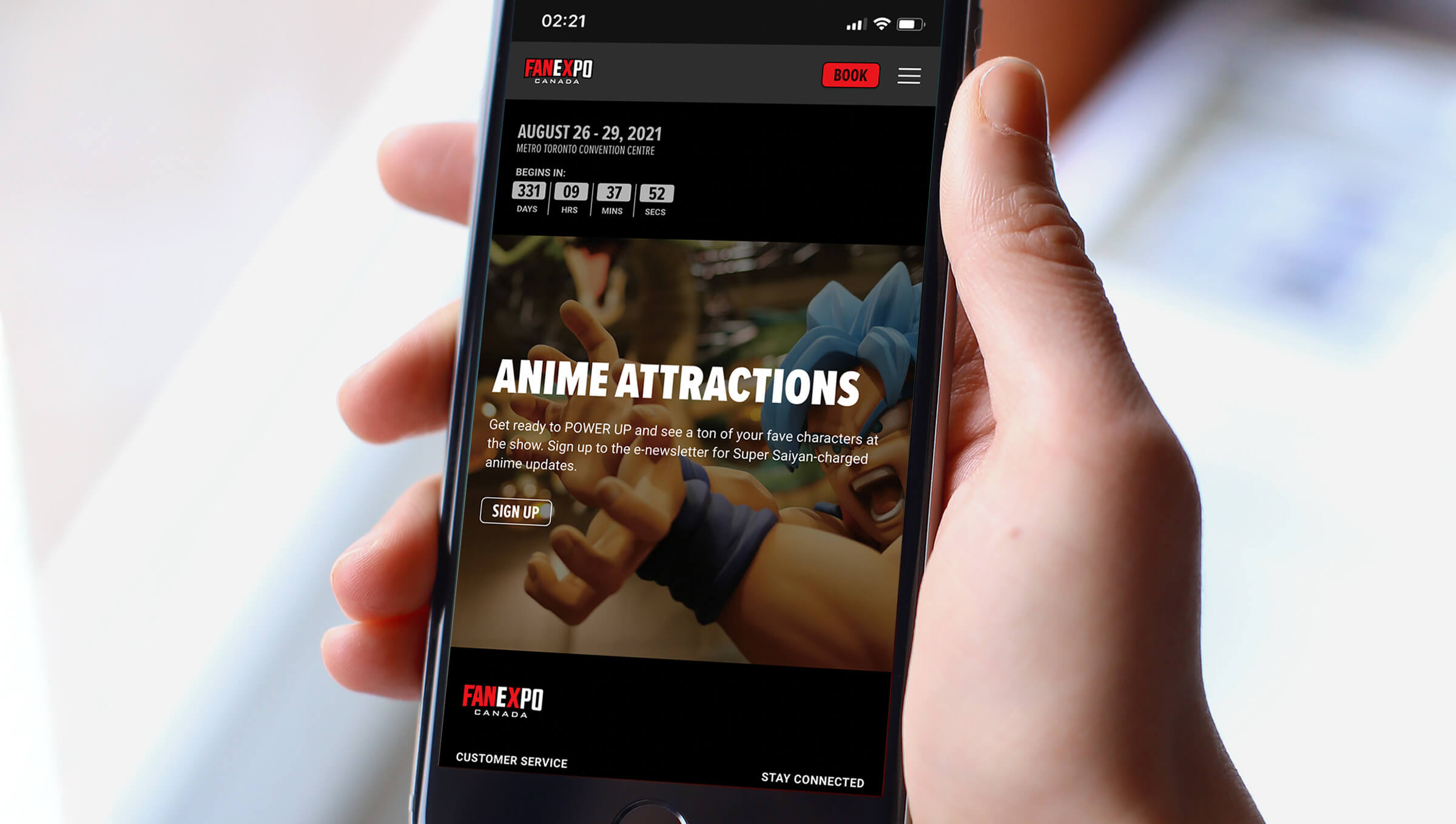 Working with an in-house design team

Collaborating with the in-house design team gave us a better understanding of the design challenges they regularly face. This enabled us to create future-proofed templates and guidance across all design outputs. The end-result is a consistent high-quality standard of design that builds the brand and continues to engage fans. 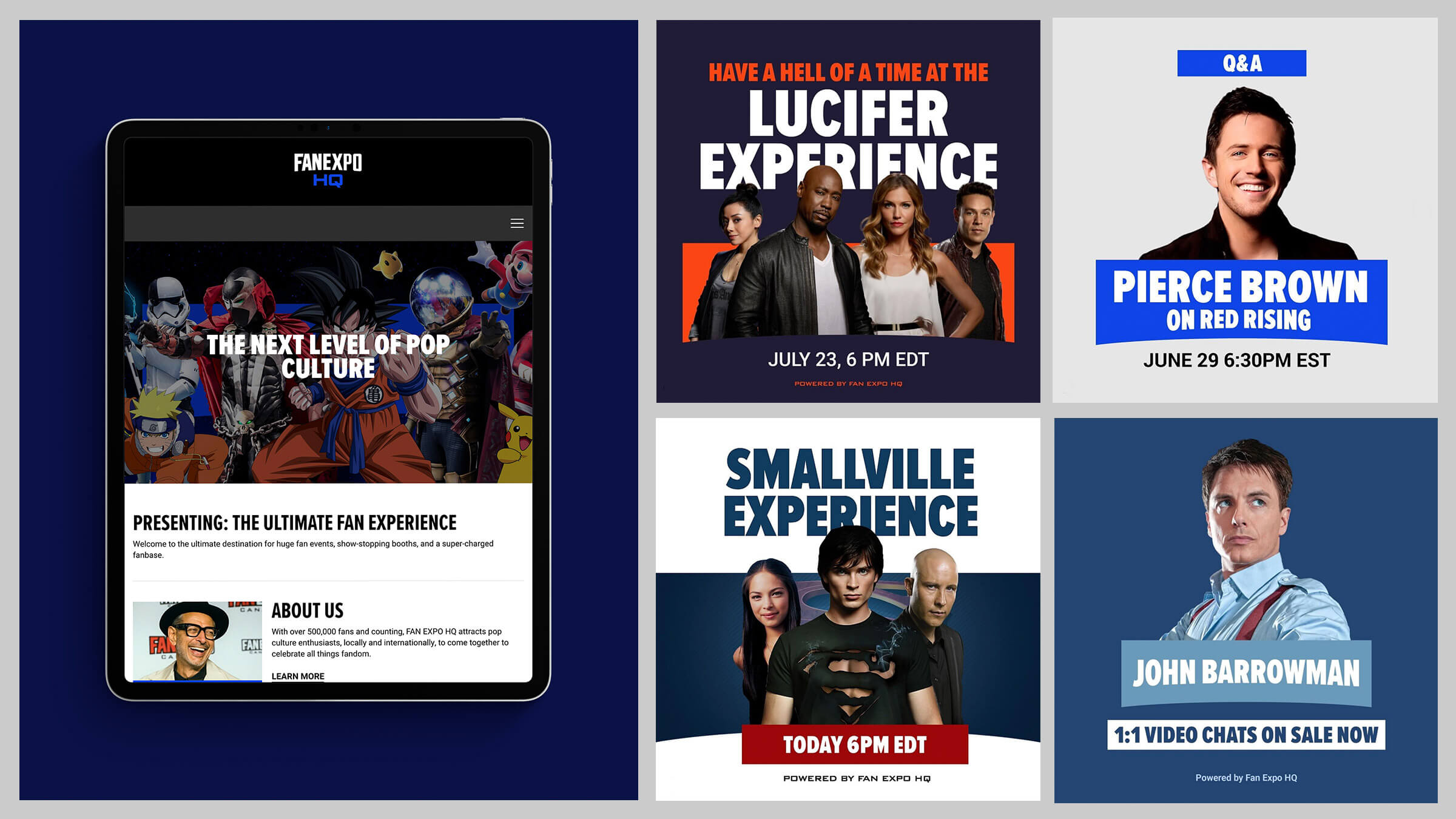 Need our help with a new, exciting project?

The copycat dilemma: sit in or stand out?